Week 21: What can I learn from the Kingfisher? 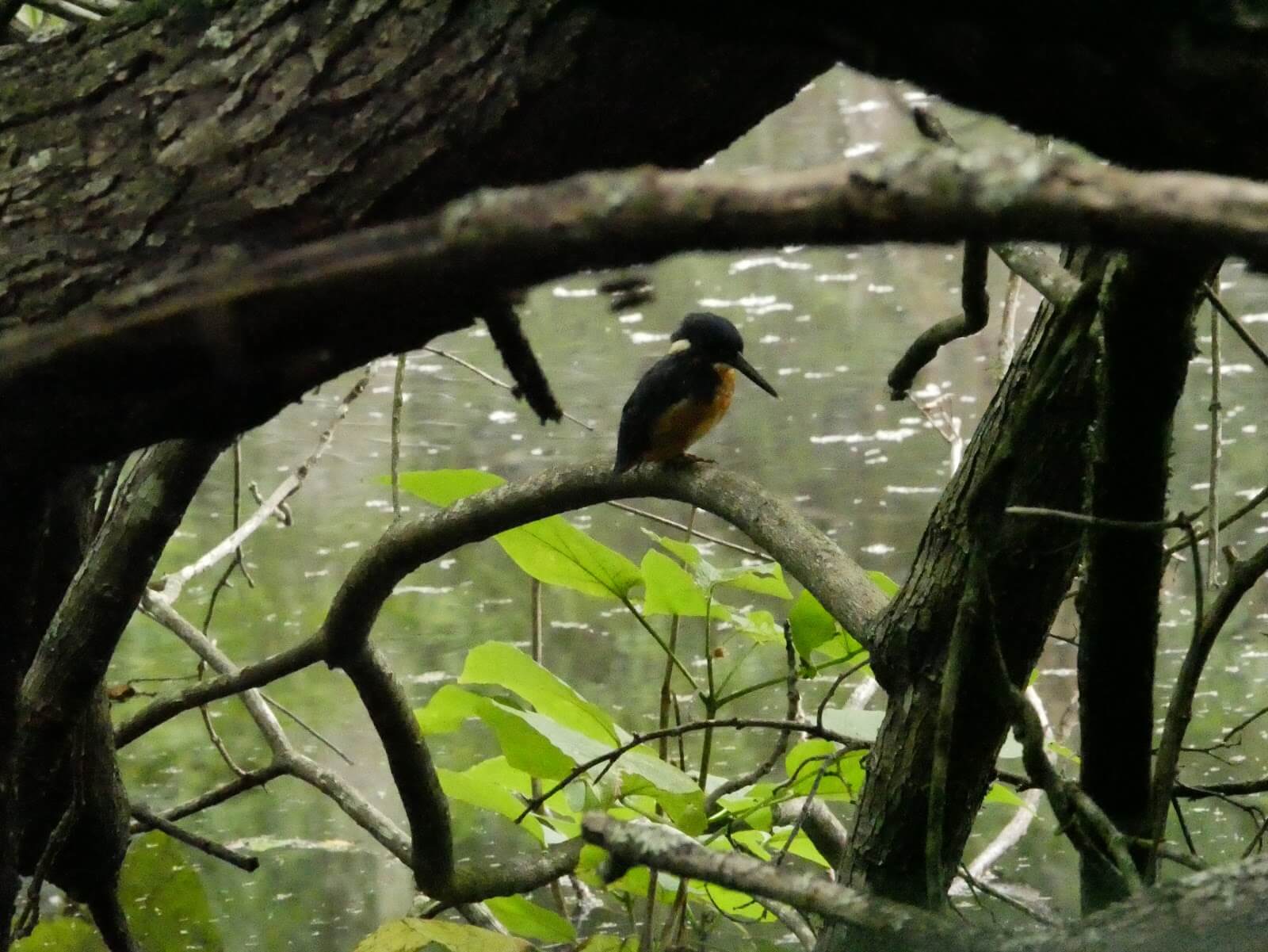 Yesterday I was invited by a friend to the Royal National Park south of Sydney for a bird watching outing. Although I have observed birds in various places over my life, I have never “gone bird watching” before. Yet, I was drawn to participate.

These past months I have been enraptured by birds in new ways. In Bristol the bird nests were starkly visible among the bare branches of the trees. In Llandudno there was an amazing presence of birds, some flying in large flocks, others soaring high in the sky, seagulls waiting on every morsel that drops from my sandwich.

On returning home the galahs are causing a racquet in the trees around the park, ibis are scavenging among the rubbish bins and the amazing rainbow lorikeets busying themselves in the Eucalypts by our balcony. As I wake in the morning, I can almost tell the hour of the day by the dominant bird calls out the window. And again, seagulls and also kookaburras and sulphur crested cockatoos are waiting on morsels dropped from sandwiches. Birds seem to be calling my attention from every direction.

So on Wednesday morning I amble along the bush track following the Twitchers with their binoculars around their necks as they peer up into the foliage, or attentively listen for the sound of trampled undergrowth, or quickly adjust their gaze in the direction of a bird call. I don’t know for sure but I suspect 20 different varieties of birds were identified by one of the group and even in their camouflaged state, the spied birds were brought to the attention of the rest of us.

It was however the little kingfisher that most strongly attracted my attention. It took me a while to notice her. (I am not sure if it was a male or female, I believe those more experienced than I could confirm.) She was sitting on a branch hung low over the upper reaches of the Port Hacking River. Alert, attentive to what was going on around, yet still, ever so still, just waiting patiently and calmly in the shade. No doubt watching and waiting for the small fish in the water below to come into view. Then, I believe, it would leave its perch and scoop it up from the waters.

At this time, I sense the Kingfisher is inviting me to wait patiently in a cool shaded place. (Essential given high temperatures and oppressive humidity we are currently experiencing.) And to be attentive to the invitations for creativity to nourish my soul and open to partnerships with others who will work with me to further my desire to come alongside those in the “margins” in meaningful ways through the sacred art of listening presence. And so I will continue to wait with an attentive, loving and compassionate gaze. Like the Kingfisher, do so in deep confidence and trust.