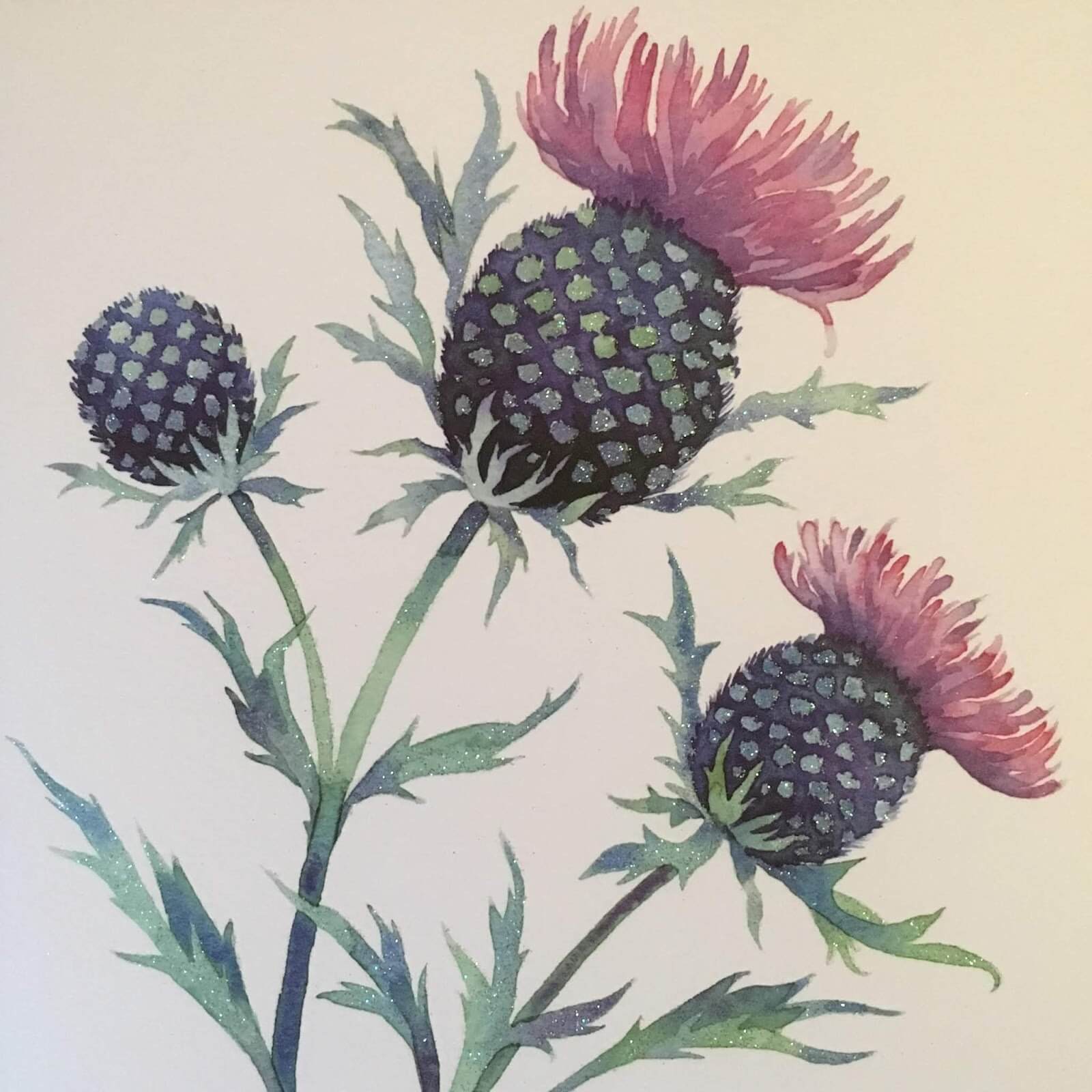 Today is the First Sunday of Advent. A number of people I know have a tradition of mailing their Christmas cards at the beginning of Advent. But John (the main preparer of our Christmas letter) and I are lucky if we get our seasonal message out before Christmas Day. I also notice that what with email, e-cards, the cost of postage and deaths among our network of family and friends, that the number of Christmas cards we receive has plummeted over recent years. However, as I wander the high streets of English towns and villages the Charity Shops and pop-up stores are awash with cards for sale for a variety of good causes. Nativity scenes, Peace Doves, Father Christmas, festive food, wintery landscapes, red robins, dogs with bows, squirrels in snow, wreaths on doors, Paddington Bear and even London buses feature on some more than 500 designs for more than 70 charities ranging from Age UK and Alzheimer’s Society to World Cancer Research Fund and Yorkshire Wildlife Trust. As my time on Sabbatical draws to a close it seemed appropriate to write some cards of gratitude to various people who have hosted me, to do so in a seasonal greeting card, thereby support one of these charities in the process. Then the quandaries began to arise.

Do I purchase a pack of cards with a nativity scene, when the recipients may be of another faith tradition (or none) and graven images may cause offence? And often the scenes as portrayed bear little resemblance to the actual biblical stories on which they are based and even less to the (unknown) historical truth of a baby born to parents of Middle Eastern appearnace. Do I settle for Father Christmas/ Santa Clause/ Saint Nicholas/ Kris Kringle that seems to have usurped this Christian feast? Or some innocuous Christmas trimming? The Peace Dove viewed through an arched window, a holly plant with its bright red berries and stars twinkling in the night sky, seems a possible compromise, but its inside message is Best Wishes for Christmas (then after all it is Christmas that is being celebrated.)

Another influencing factor is the charity supported by the card sale. As I surveyed the charities represented at the pop-up shop in the New Room (The John Wesley Chapel in Bristol and the oldest Methodist building in the world, where I participated in their open communion service on Friday) “Cards for Good Causes” one charity stood out, Shelter. Shelter is a UK Charity that helps people struggling with bad housing or homelessness providing advice, support and legal services, along with carrying out research to understand UK’s housing problem, develop policies that offer solutions, calls on government to tackle the causes and consequences of the housing crisis and works with the media to ensure the voices of those affected are heard. So, it will come as no surprise to most of you that this was charity I was drawn to.

As the biblical story goes, Mary after having given birth, wrapped Jesus in swaddling clothes and laid him in a manger/ feeding trough/ stall because there was no room for them in the inn/ lodging place/ guest chamber (depending on the translation used). Homelessness is not a new problem! And it is a very obvious one in most of the places I have visited over the past 12 weeks. Most confronting in San Francisco because of the sheer numbers and the level of obvious disability among those on the street. More hidden in places like Bristol but nonetheless tents can be seen among canal banks and just off the forest paths. 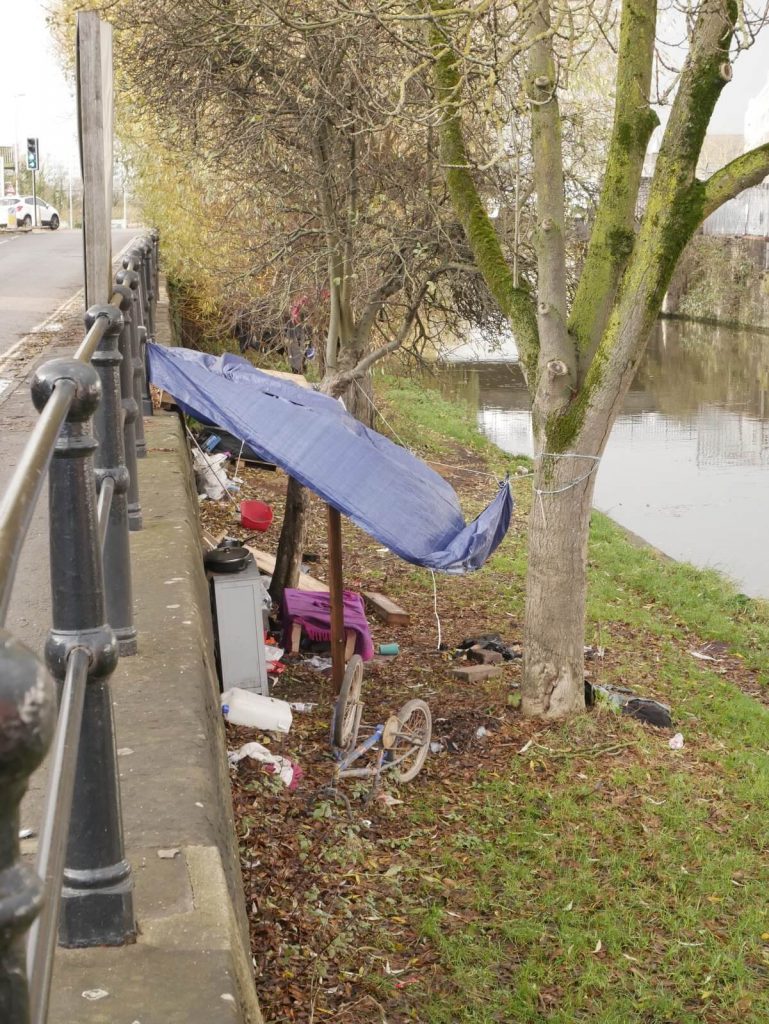 Then the image I chose, The Frosted Thistle, (photo of card at the top of this posting) for no other reason than it was the most visually appealing to me of the 9 designs on offer (a London scene, Christmas deserts, hatted penguins and parading tartan bears!) But what of a thistle, the national emblem of Scotland. The thistle has prickles all over it, protecting it from grazing animals. Some thistles are considered weeds- maybe just an inconvenient nuisance for some or an invasive pest best done away with by others. Other thistles others are of economic importance, artichokes are a species of thistle and other species are a source of rennet used in cheese making, they are also important honey plants and a source of vegetable oil and pharmaceutical compounds. (Thanks Wikipedia)

Much of our society may see the homeless as a nuisance, that they would rather ignore. I know I feel uncomfortable walking past a squat in the drizzly rain, or when a beggar asks me for loose change as I exit the supermarket with my bag of groceries. But I am also asking myself what is the gift that the homeless have to offer me? How am I invited to live in a way that sees the homeless as a valuable part of our human ecological web of life. Can I come to know the homeless not just in terms of their economic value (often equated as an economic drain) but as a vital element needing to be in relationship and treated as people of worth?

My mind wanders back to that the inn/ lodging place/ guest chamber in Bethlehem mentioned in Luke’s infancy narrative written some 2000 years ago and how the humble shepherds hurried there and after their encounter with Mary, Joseph and the baby lying in the manger/ feeding trough/ stall returned to the fields glorifying and praising God for all they had heard and seen. It seems to me these shepherds, themselves marginalised by the social and religious elite where the first to encounter the Divine presence in the infant Jesus. As I prepare for my retreat starting tomorrow, a retreat that occurs both at the beginning of Advent and at the end of my sabbatical, I wonder how the Frosty Thistle and the homeless may be inviting me to encounter the divine presence this Christmas and beyond?