Week 11: Icons on the Streets of London 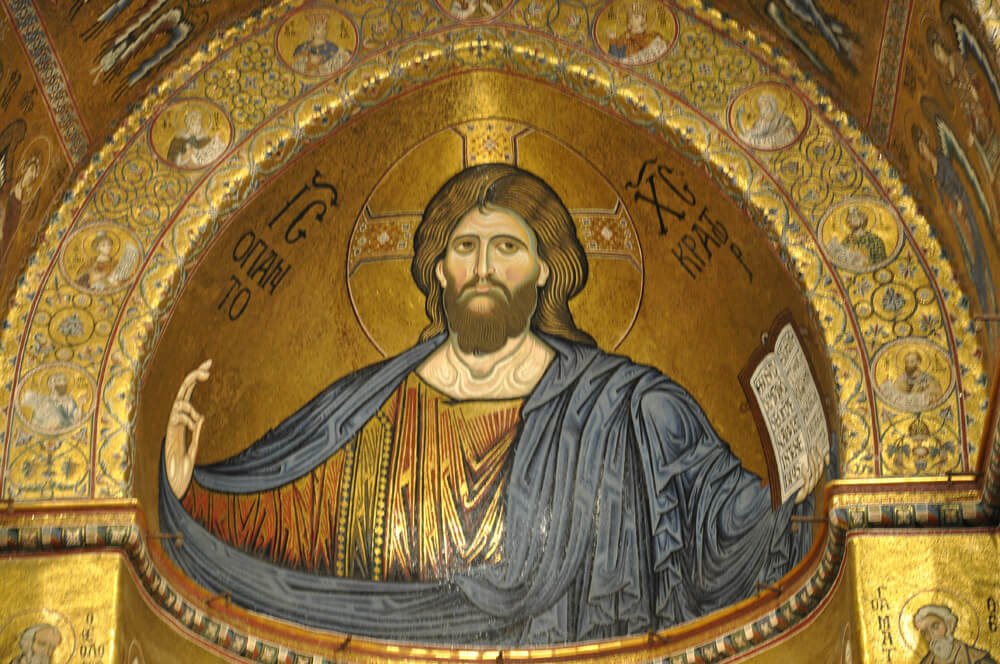 Yesterday was the last Sunday in the Western Christian Liturgical Year, known as the Feast of Christ the King by many. Not a feast that I am readily drawn to, probably a result of too many patriarchal, hierarchical and triumphalistic imperial sermons along with memories of hymns such as “Hail Redeemer, King Divine.” However, it is the feast on which I celebrated my First Communion more than 50 years ago, which I remember with joy.

The feast was originally introduced by Pope Pius XI in 1925 to remind Christians that their allegiance was to their spiritual ruler in heaven as opposed to earthly supremacy, which was claimed by Benito Mussolini at a time of rising fascism in Europe.

While there is much gaudy art representing Christ enthroned, frequently the Eastern Icon of Christ Pantocrator, ruler of the universe, is associated with Christ the King. As I was reflecting upon my days with St Mungo’s last week, I noticed that the sacred art of icons seemed to speak into my experience.

For four days I have had the wonderful opportunity to witness the work of St Mungo’s that helps people experiencing homelessness. It began helping people sleeping rough off the streets of London in 1969. St Mungo’s is now one of the largest providers of homelessness outreach services in the country, providing a bed and support to more than 2,800 people across the south and south west of England on any given night. According to Wikipedia, in 1969 a group of volunteers started pushing a pram around the streets of London, delivering soup to people sleeping rough. The name St Mungo was reportedly given to the group by Glasgow-born Harry Stone as he thought “a Christian saint’s name would stop police hassling workers on soup runs – they thought they were reverends.”

While St Mungo’s is a housing association that manages a range of accommodation services, from homeless shelters and hostels to supported and semi-independent housing, they also run a range of support services to improve people’s health, support ex-offenders and provide skills and employment training to people who have been homeless or are at risk of becoming homeless. I first became aware of St Mungo’s when I was seeking resources to support Matthew Talbot Hostel in its work to support homeless men on their end of life journey. In conjunction with Marie Curie Cancer they produced care they produced a resource pack “Homelessness and End of Life Care: Practical information and tools to support the needs of homeless people who are approaching the end of life, and those who are bereaved,” which I found so helpful in my work at Matthew Talbot.

So, when I was planning my sabbatical, I was keen to make contact with St Mungo’s and in particular to explore their work in this area. And I was very fortunate that Niahm, the Palliative Care Coordinator, very willingly accommodated me and developed a wonderful program exposing me to various aspects of the work of St Mungos and introduced me to some of the great people working in this area. Many of the people they are supporting on their end of life journey are residing in one of St Mungo’s accommodation facilities or living independently in the community with significant support from various services, coordinated through St Mungo’s.

As I was reflecting on my experience, I delved into the story of St Mungo. Mungo (meaning “my dear” or “beloved”) was the nick name for St Kentigern, the Patron Saint of Glasgow, given to him by his mentor. Again, according to Wikipedia, in Scotland St Mungo is considered a patron saint of those needing help against bullies, of those accused of infidelity, and of salmon!

Following my visit to St Mungo’s, I was visiting St Albans Cathedral and picked up a book “Icons: A Sacred Art.” As I was reading this little book, I began to see St Mungo’s as a living icon. There is a danger that we see icons as merely decorative features, be they in Churches or elsewhere. However for Orthodox Christians icons are never decorative, nor are they seen as paintings, but rather they are central to worship, liturgy and prayer, highly significant in within Orthodox spirituality.

The word “icon” comes from the Greek word (eikon, εἰκών) which simply means a depiction or pictorial representation. However, the theological foundation for the use of icons rests in Scripture: the New Testament describes Christ as the eikon, namely the image and exact representation of God (Hebrews 1: 3). Icons of Christ makes the invisible God visible. The Orthodox believer prays through but not to an icon, and the reverence given to an icon is not worship but the reverence that given to the sacred person depicted or represented in the icon.
It appears to me, that St Mungo’s (which is not a religious organisation) tries to ensure that the person whom they are accompanying is treated as though they, like Christ, makes the invisible God visible. Because icons are physical objects, they serve as invitations to keep our eyes open, serving as bridges to Christ, as links with the saints, as reminders of pivotal events in the history of salvation. And likewise, those we encounter on the streets are bridges to the Divine incarnate in the world.

“Do not go out and buy icons. Go downtown and look at Christ in the faces of the poor.” For this very reason, during the Orthodox Liturgy it is not only icons that are censed by the deacon or priest but each person standing in the church. If we are indifferent to the image of God in other people, we won’t find the image in icons. When reading about Icons, one writer was talking of how Icons can be places in various places around the home: the kitchen, on a table near where meals are served, in every bedroom, and at one’s workplace be it a desk, sink or car. If our Icon is any person we encounter, then we are surrounded by icons every waking moment. And any icon image can be a reminder that the people we encounter are themselves icons.

It is also interesting to note that many of the major tourist locations in London, what are sometimes described as iconic destinations, bustling with visitors for much of the day are the very places that many of the homeless are sleeping, living Icons in the streets of London.

With much gratitude to St Mungos, in particular Niamh, Andy, Bola, Chris, and those on their end of life journey whom I met.