How do we break the silence? 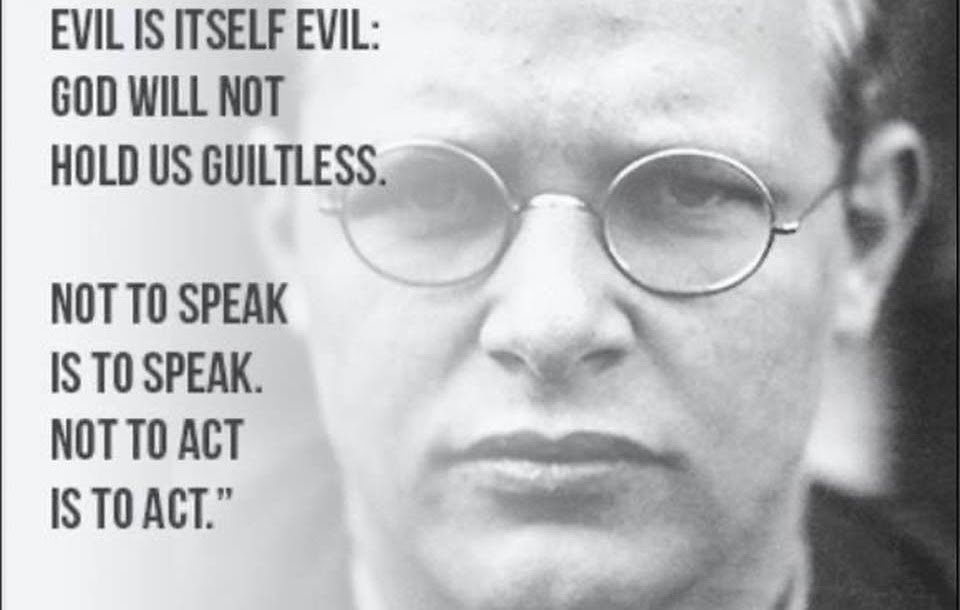 At times, no frequently, I as a white, middle class woman living in a comfortable apartment in Sydney, feel powerless.  Powerless to act, powerless to make a difference.  I also feel conflicted.  My heart, my conscience, wanted to march in the Black Lives Matters demonstration.  I wanted to join the protests highlighting that there have been more than 430 Aboriginal deaths in custody since the 1991 Royal Commission and add my voice to those raging that despite this atrocious number no one has been held accountable.  Aboriginal people are still dying in custody.  Dying prematurely are disadvantaged by every socio-economic indicator.  Yes, I have had my wings clipped.  And I feel embarrassed.  What is my silence and non-participation saying?  Desmond Tutu says “If you are neutral in situations of injustice, you have chosen the side of the oppressor.”  And in a similar fashion Elie Wiesel says “We must take sides.  Neutrality helps the oppressor, never the victim.  Silence encourages the tormentor, never the tormented.”  So how do we break the silence.  Particularly how do we break the silence during these COVID restricted times?  How do we individually and collectively ensure that we are neither complicit nor seen to be complicit with the individual prejudice and systemic racism?  How do we raise our awareness of our white privilege?  Yi-Fu Juan says, “Spiritual and cultural transformation are linked to changes in how we talk about our lives and the world in which we live.”  How do we learn to listen, talk and act differently? Judy Cannato retells the story that John Dear has told.  In the early 1980’s a small group gathered in their church basement in East Germany to ask a daring question: “What will Germany look like a thousand years from now when the Berlin Wall finally falls?”  There was no question of the Wall coming down soon.  Such a prospect was unimaginable.  Communism was here to stay.  The grip of the Soviet empire was permanent.  The suicidal competition between the two nuclear superpowers seemed preordained.  And yet, they asked the question.  They allowed their imagination free reign. What would a world without the Wall look like? And what must we do now to hasten that great day a thousand years from now? According to the story, the small group felt energized as they discussed their dream.  They decided to meet again a few weeks later.  Soon word of the meetings spread and more people began to meet in church basements to dream of a world without the Wall. Over the next few years, a grassroots movement grew.  Ordinary people on both sides of the Wall pursued the vision of unity and reconciliation.  They met, organized, prayed and spoke out. Then, out of the blue, Mikhail Gorbachev announced his new policy of perestroika.  The Polish Solidarity movement pushed the Soviets out and a new democracy was born.  Events moved quickly.  Communism collapsed and the Soviet Union imploded. The grassroots movement begun in East Berlin by a handful of faithful dreamers made all the difference.  In November 1989, tens of thousands of people marched in East Berlin to demand the fall of the Wall.  Every day, more people marched. Soon, hundreds of thousands were marching. Then all of a sudden, on November 9th, the Wall fell down. It took the world by surprise.  Yet the Berlin Wall could not have come down peacefully without the grassroots visionaries who dreamed, imagined, met, discussed and organized over the years. Gorbachev needed a grassroots movement to make his vision bear fruit.  In other words, the Wall fell because ordinary people imagined a world without the Wall.  They held up the possibility of a world without the Wall and they acted as if such a world was possible and inevitable.  (Field of Compassion by Judy Cannato p 75) Can we as a community ask questions, let our imaginations challenge us and dare to dream of a new world, unleashing a spirit of transformation that can actually change history.  Then we would be truly saying Black Lives Matter. Truly we would be witnessing spiritual and cultural transformation. 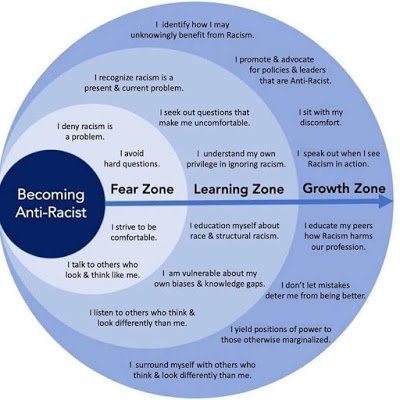