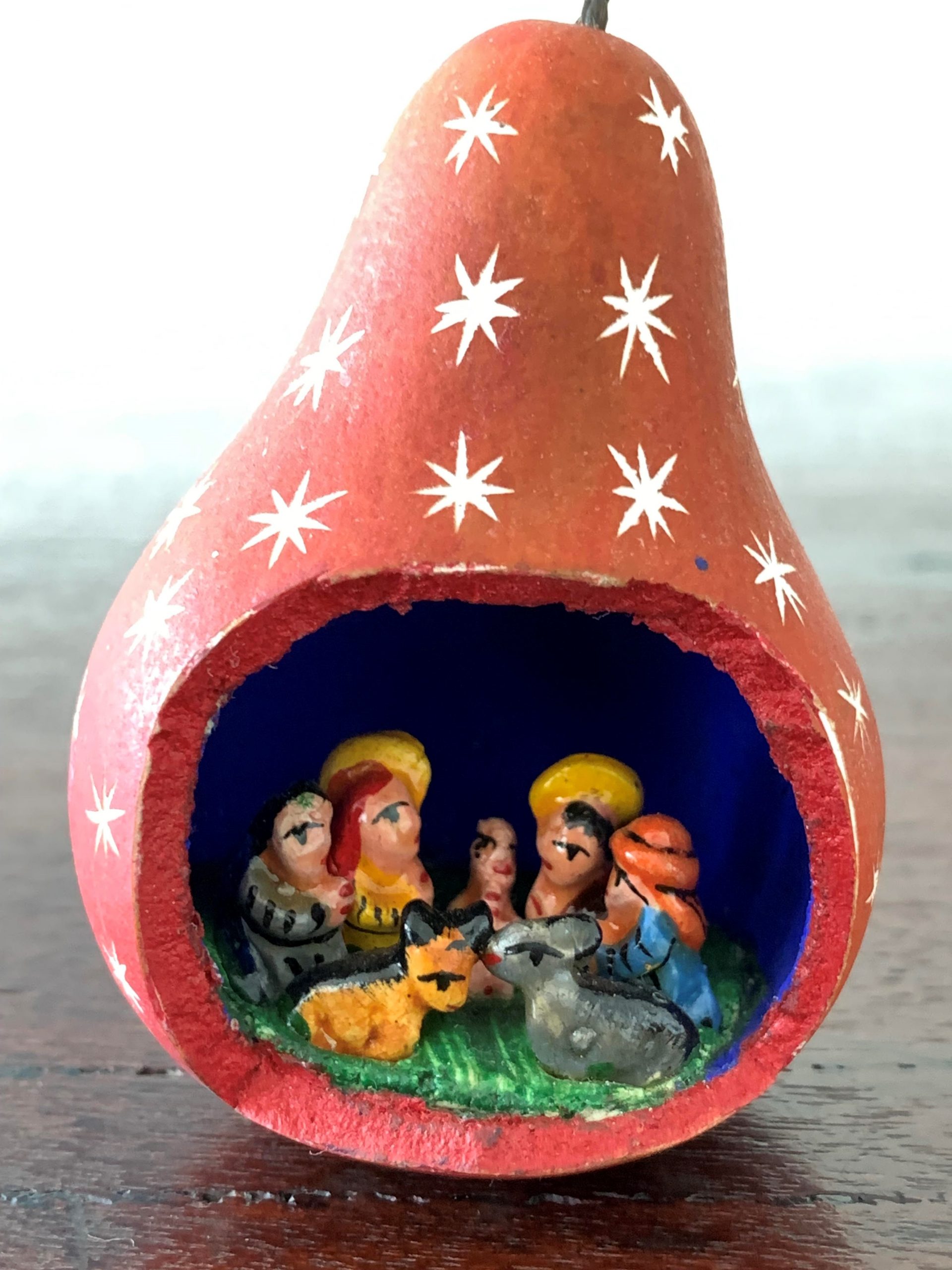 “Being Interrupted” seems a very apt title for our reflection on this the 4th Sunday of Advent in 2021.  I am standing here today because the plan for Penny and Jo to lead us in our Communion Service was interrupted by Jo’s need to return to England to be with her dying parents.  250 years of Sydney Anglican tradition is interrupted by Penny celebrating Communion with us this morning.  COVID-19 has been interrupting our lives for the past two years, causing much disruption and cancelling last year’s Christmas Eve Service and we don’t know how this year’s Christmas will be interrupted   Before COVID the raging bushfires caused so much devastation.   For decades, our lifestyle has been interrupting the ecosystems of our planet.  The religious discrimination bill will not just interrupt but disrupt the lives of vulnerable people in totally unnecessary ways.  But then it is perhaps a mirage to imagine that life is anything but a series of interruptions.

I live on the land of the Bidegal People on the northern shore of Botany Bay.  On 29 April 1770, The Endeavour sailed into Botany Bay, as part of James Cook’s exploration of the Pacific.[1]  Approaching the southern shore, Cook’s landing party was met by two Gweagal men with spears, surely an attempt to express sovereignty over the territory.  However, when attempts to communication failed, Cook’s party forced a landing under gunfire.  After one of their men was shot and injured, the Gweagal retreated, their spears ineffective against the British weapons.

Cook and his men then entered the camp, taking artefacts and leaving trinkets in exchange.  Joseph Banks, wrote: [We] threw into the house to them some beads, ribbands, cloths &c. as presents and went away.  We however thought it no improper measure to take away with us all the lances [spears] which we could find about the houses, amounting in number to forty or fifty.”

Seven days later, after little further interaction with Aboriginal people, the Endeavour’s crew sailed away.  Cook wrote in his journal: ‘All they seem’d to want was for us to be gone.’  Despite knowing the lands was occupied, Cook, in the name of His Majesty King George the Third took possession of the whole Eastern Coast.[2]  Captain Cook and the colonisers that followed interrupted a 60,000-year way of life in this case with devastating consequences for the Aboriginal and Torres Strait Islander people of these lands.

Our contemporary reading today comes from “Being Interrupted: Reimagining the Church’s Mission from the Outside, In,”[3]a book I have been reading over recent weeks, by Al Barrett and Ruth Harley, two ministers in the Church of England.  They open the door to a creative disruption of the status quo demonstrating that the challenges and the joys of being interrupted can envision new possibilities.  While recognising that many of the interruptions by those with privilege result from abuse of relational power, it has offered me new lenses to see that “being interrupted” has been and can continue to be a way for reimaging and liberation.

The Gospels are full of interruptions, but we have a problem.  Our foundational stories have become too familiar such that we think we know them.  But do we?  Our hearing of them, needs to be interrupted and this Advent we have interrupted the normal 3-year lectionary cycle, allowing our all too comfortable renditions of the Christmas story to speak anew into our lives.

Let us briefly review our Gospels of these Advent weeks.

Do we read the story of the annunciation as a story of a meek, mild, people pleasing, compliant young woman?  Or perhaps as feisty woman that challenges Gabriel, or more disturbingly, as a woman who resigns herself to the inevitable- after all she has been told she will conceive before she has given her consent.  Isn’t this, in part, what the new consent laws are trying to address, consent that it is truly free.  Mind you, in Mary’s case, if it was a legitimate consent, it was a consent with the awareness of the inevitable socially ostracizing consequences.

Jo highlighted the visitation as being a striking example of how the marginalised are vehicles for hope and I quote “for it is in the wombs and lives of two women, lowly though they may be- one really too young and the other really too old- that divine hope is born.” That “it is the loving embrace of two women, two marginalised women, which, so to speak, subverts the story of Israel.”[4]

Then Mary foretells in the Magnificat of the “sweeping revolution that knocks down the borders humans have built between rich and poor, strong and powerless” to quote Avery Smith from the Blessed Are the Binary Breakers Podcast.[5]  This young insignificant girl in her time and place “flips human expectations on their head about who matters most.” “Mary’s Magnificat looks forward to a future wherein the low are raised up and the mighty cast down, the hungry are filled up and the rich sent away empty.” We, as Avery puts it, “look to such a future, where binaries that pit those who hoard power versus those they disempower, crumble away and when those whom the world scorns as dishonoured and worthless are shown to be infinitely valued by our diversity-loving God.”

Last Sunday, Penny drew our attention to how Zechariah’s silence and the silencing of the usually dominating voices, interrupts, allowing other voices to be heard; be they the women in the biblical infancy narratives, those taking action against gender violence today or the silence of Advent that allows the Word without word to come to us.[6]

Today’s Gospel is no different- the angels heralding the most unlikely Messiah and doing so in the first instant to a most unlikely audience of shepherds watching over flocks in the night.  Shepherds of all people!  Outcasts of society- lowly, uneducated, living in the hills among the animals.  Then these same shepherds interrupt Mary and Joseph as they tended the newborn babe in that “little town of Bethlehem” under the rule of an oppressive occupying force.  And remembering that babe was conceived under scandalous conditions for the time, will interrupt any expectations of a mighty warrior, consummate politician or pious religious Messiah.   The idea that a genderless God transitioned into the person of Jesus is surely another interrupting inversion of expectations. [7]

Being interrupted continues through the Gospels, and not just as one might think with Jesus doing the interruption.  Yes there are the subversive parables told and the flouting of social taboos but there are also plenty of examples of Jesus being interrupted- the Syrophoenician woman, the woman with the haemorrhage, the woman who anoints the head of Jesus just to mention three.[8]  On each occasion the genuine person to person encounters transform not only the individuals but the on-lookers as well.  These interrupting stories do not end with the death of Jesus, nor with the stories of Resurrection and Pentecost.  Rather interruptions continue.

For me one of the gifts of PSUC is that I find myself being constantly interrupted.   Pitt St in particular and Progressive Christianity, feminist, liberation and queer theologies more generally, confront me with a bigger picture for “God’s kin_dom” than I have been comfortable with, offering the potential to “deconstruct” my false world views, to convert to an alternative liberating worldview and to console and bring deep healing as a new mind and heart is created within me.[9]

The story also continues – in new ways, as the contemporary reading has shown, in the low socio-economic estates of Birmingham.  But also here in these lands we now call Australia.  Following our service last Sunday, I was profoundly interrupted as I immersed myself in “Unsettled” at the Australian Museum, an exhibition that uncovers the untold histories behind our nation’s founding story. We must silence the voices in our heads, voices of the colonisers and listen to First Nations voices that reveal the hidden stories of devastation, survival and the fight for recognition. [10]

We need the interruptions coming from the silenced and the not so silent voices in refugee camps, in the halls of Parliament and so many of the places our 2021 Australians of the Year – Grace Tame, Miriam Rose Ungunmerr-Baumann, Isobel Marshall, Rosemary Kariuki have valiantly witnessed.  We need to be open to the interruptions as the new Australians of the Year are announced next month.

So I leave you with these questions

– Where have you been interrupted in this past year, this month, week, today?  Where has the Divine been present amid these interruptions confronting, converting, and consoling?

– How will the Advent stories heard anew this year, interrupt you, interrupt us?  Meister Eckhart is reported to have said “It does not matter that Christ was born long ago in Bethlehem unless he is born in you today.”  How will you, how will we live The Incarnation?

May the interruptions continue such that the disturbed are comforted and comfortable disturbed this Christmas.

[3] Al Barrett and Ruth Harley “Being Interrupted: Reimagining the Church’s Mission from the Outside, In.”  SCM Press, 2020.

[8] Al Barrett and Ruth Harley “Being Interrupted: Reimagining the Church’s Mission from the Outside, In.”  SCM Press, 2020.